Posted at 15:50h in Credit Spectrum by Ann Rutledge

In Brain Dead, Arianna Huffington asks, “[W]hat accounts for the epidemic of illogical thinking in Washington, where policy makers refuse to grasp what’s plainly right in front of them?” She is talking about the employment crisis, of course. Denial is the answer, obviously. 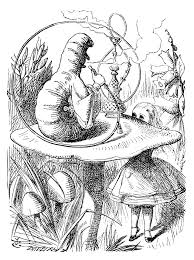 But, denial of more than the fact of an employment crisis. This denial goes deep, casting doubts on the capabilities of our brightest economic experts. Expertise in today’s market means proficiency in a way of thinking. We have ample reason to believe this way of thinking is part of the problem.

To find a cure for the jobs crisis, I would suggest starting one of two places outside the paradigm.

Jobs that pay salaries require businesses that generate revenues. To pay salaries, businesses rely on a combination of cash inflows from operations and working capital. Already we have a problem. Equity investors are not primarily interested in seeing the cash inflows from operations go towards job creation. Let someone else solve that problem. And debt investors, well, there just isn’t a lot of debt around for companies that need it for growth.

Voila, we are not going to create jobs from a common sense starting point unless we do something about changing financial incentives. Ultimately, that means changing our accounting standards. Which are not about to change. So, let’s move on.

Here I refer to the perceived cause of all our trouble today, the shadow banking system. Twenty years ago, defaults were practically unheard of in that sector because, paradoxically, most of the time those bonds were too safe. Securitization reduced the borrowing cost and yet too much capital remained tied up in the securities: about 33% of the total cushion or credit enhancement. So, hypothetically, if IBM wanted t raise $0.5 BN by securitizing its receivables and the right credit enhancement amount was 10% of the total transaction size (i.e., $50 MM), then IBM would waste 1/3rd of $50 MM, or $16.67 MM in redundant capital.

In 2012, about $240 BN of receivables was securitized. Suppose that the right credit enhancement amount was 20% (because, hypothetically, these receivables’ average credit quality was less stellar than IBM’s). Then, $16 BN would have been wasted, and probably was. That’s $16 BN that could have been stolen and the deals would have performed just as well. Or, rather than stolen, could have been used to create new jobs, new businesses, new scholarships, new training opportunities.

Why didn’t we see this capital being wasted? For the same reason we did not foresee a Credit Crisis. Answer: the model is deeply flawed. Why don’t the experts fix it? Answer: they don’t know it, and they aren’t paid to trouble-shoot.

The reasons why we had a Credit Crisis, why Basel III doesn’t work, why accounting numbers lie, and why President Obama is funding a brain research project, are all one in the same. We have seriously overstated our capabilities and we are in collective denial about it.