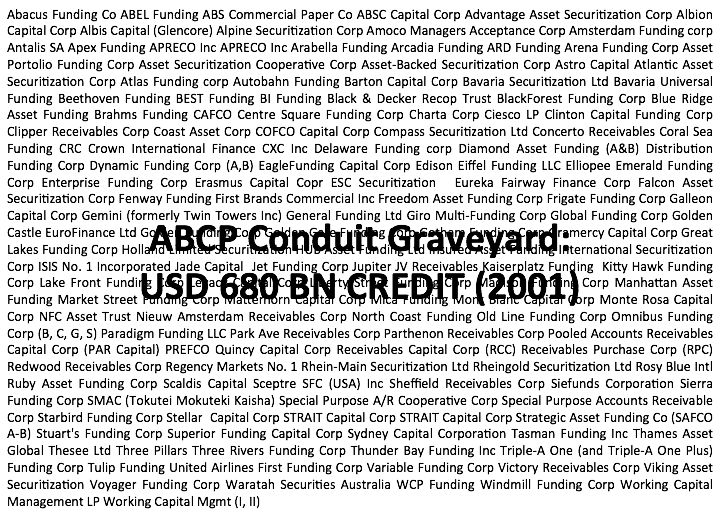 26 Oct Do you know where your money is?

Posted at 16:44h in Credit Spectrum by Ann Rutledge

In his autobiography, Henning Mankell as he was battling cancer wrote of a famous family portrait from the early 1770s. Gathered around Gustaf Frederik Hjortberg are his wife Anna Helena and their fifteen children, including the ones already dead. Mankell wrote,

Their brief visit to this earth was over, but it was felt they should be in the family portrait even so.

This blog is about a different look at life and death that is closer to the idea explored in the 1998 Japanese film After Life(Wandafuru Reifu), where the newly dead are guided through a systematic review of the events in their lives. They select one memory they would like to hold for eternity before their souls are finally laid to rest. In After Life, death forces the crystallization of experience into a single point in time.

Here I’m writing about a culture where the crystallizing focus is birth, not death. It is celebrated incubatively, iteratively, obsessively, prolifically, greedily, incessantly. The extent of dedicated resources for the birth event is extraordinary by comparison with many other rituals. Entire ecosystems get involved. Professionals are called in to ensure future safety and soundness. Relations near and far are showered with baby gifts. Cards, invitations, announcements and decks with pictures are serially circulated and evaluated. Endless naming parties are thrown. Millions of dollars change hands as the birthing draws near. So much planning. So much froth. The frenzied anticipation reaches a climax. And then it’s over. It’s all over. The baby is forgotten. Cards, gifts, pictures, health pronouncements and test results are filed away for recycling.

Money has changed hands. On to the next birthing. Of course I am talking about what goes on routinely in modern debt capital markets, especially the engineered kind. All resources are laser-focused on origination. After-market support is utterly neglected. The sole point is to extract fees upfront. What happens next to the capital in our reinvested earnings (also the source of wealth for future generations) will remain a mystery. Capital is a concept too abstract for us to curate.

Marx talked about alienation, but in reality we are eager to hand over the fruits of our labor to society’s designated minders

who operate in an alternative reality symmetrically opposite from our natural economic habitat. While we are occupied with producing and consuming on the kinetic (asset) side of the balance sheet, capital regulators, ratings agencies, financial institutions, investment advisers, finance professors and talk show-slash-podcast smart-money people are preaching, proselytizing, financing and extracting from the “invisible” right side. Behind the opaque wall of financial transacting, billions of dollars created through labor, time, imagination and grit, will be squandered.

In the first decade of the 2000s, wholesale financing ecosystems imploded. We heard about some of them. Toxic CDOs starred in at least one movie where Anthony Bourdain compared them to three-day-old fish. But there is also a massive graveyard of failed short-term financing conduits once dedicated to serving global trade, which moved trillions of dollars (graphic). Bank-run ABCP conduits for financing trade receivables were still going strong in 2001; they collapsed after being overrun with stillborn synthetic deals and re-securitizations of real estate mortgages. The drift in investment policy was driven by changes within capital regulatory policy but fee generation was the objective. Now the banks can’t come back. Fintech’s embryonic trade financing architecture is spotty and incomplete.

If the key infrastructure for financing trade had not been destroyed in the GFC, would we be in a trade war now? Hard to say, but it can’t be ruled out as a factor.

The financial ecosystem remains fatally oblivious to its need for cradle-to-grave financial curation. This is not a resource problem. It is a belief-system and incentive problem. The incentive problem is not hard to solve with fees. In fact, better curation would actually make more money (we are talking Trillions of USD) available for redistribution, for fees and to reward the people who create value. The belief-system problem is more intractable.